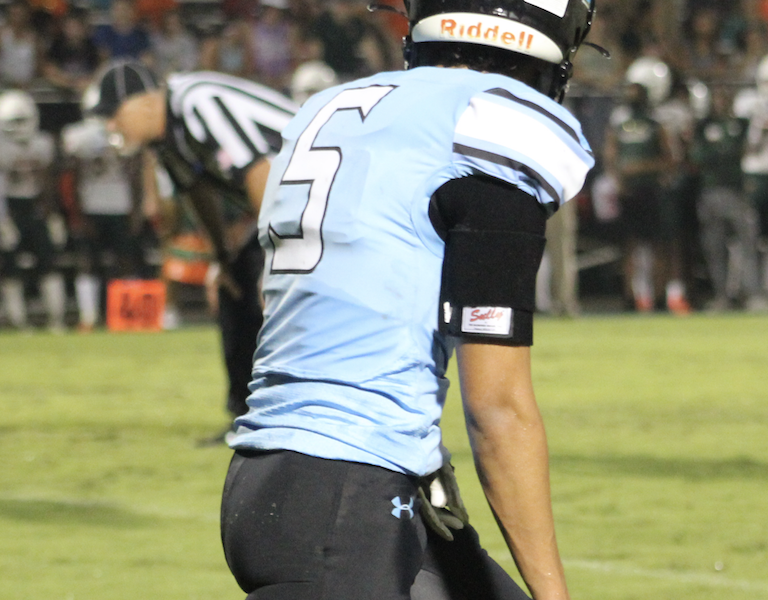 The Ponte Vedra high school football team started off their season last Friday night, Aug. 26, against the Bartram Trail Bears. Unfortunately, they lost with a score of 13-7.  Despite their 157 rushing yards, the Sharks were unable to convert in the Red Zone. They could not overcome the three turnovers that left them at a disadvantage.

In the first half, the Sharks did not play their best offensively. They did not score and at the end of the half, the score was 13-0 in the Bears’ favor. Overall, the Sharks’ numbers looked pretty good, especially running the ball. Out of 157 yards,  62 of them belong to sophomore, Brian Case, a new crucial addition to the Sharks team.  On paper, you would think that this impressive run game would lead to some points. But, things took a turn for the worse. The team could not convert any yardage into a touchdown, and had three fumbles. Also, the Sharks quarterback, junior, Ben Burk, came out of the game with a “minor concussion,” so senior, Nathan Bunkosky, had to step in. While Bunkosky did a good job adjusting to the position change, this change of pace did not benefit the Sharks. The second half was better for the Sharks. They finally got their touchdown when Bunkosky threw a pass to senior, Alex Cotto. Cotto also had a good night receiving, racking up 61 yards. The defense did not let up any more points, showing pure toughness. Even then, the Sharks could not pull out the win, but they improved very much in the second half.

One thing the Sharks proved in this game is that they are not a team that will give up. They kept fighting until the very end, and even improved as the game progressed. A key leader of the Sharks defense and team as a whole, senior, Trooper Price, recognized this. “We got better as the game went on, which is really good, when our team is in a dog fight and not quitting.” This was definitely shown in last Friday’s game, as the Sharks and Bears have quite the rivalry. Neither team wanted to lose that game, and even though the Sharks fell short, they pushed until the end. Price also realized where his team needed improvement stating, “We have to eliminate turnovers.” This is a huge part of the game that the Sharks need to fix. When they do, they can be a lot more successful.

Next week, on Sep. 2, the Sharks take on Florida State High School at home. Hopefully, they can turn their game around and come out on top. 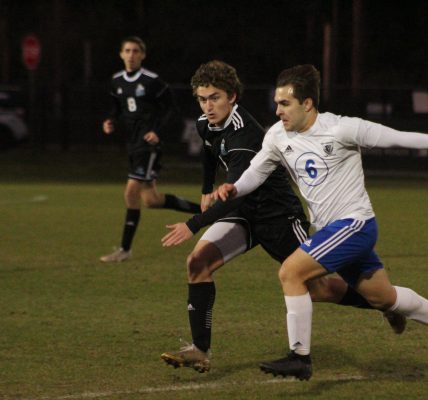